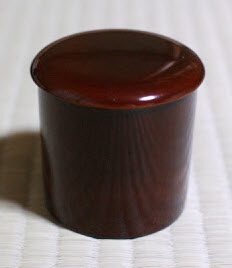 金輪寺 The Kinrin-ji Natsume is named after Kinrin temple. Legend says that the Emperor Godaigo was at Kinpusenji for Buddhism training called Ichiji Kinrin. He wanted to make tea for the monks and had a natsume made with kudzu (ivy). He called the natsume Kinrinji. 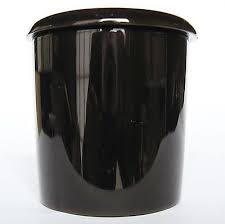 This natsume is not purified the same way as chu-natsume, instead you purify the lid similar to a chaire, with two swipes- ninoji style (ninoji is kanji for the number two) and you do not kobuki (push on top of natsume). Since the lid of Kinrinji is wider than the bottom, it makes sense not to push and squeeze the fukusa as you draw it away. Kinrinji was used for koicha up until early 1600s, which explains why it is purified like chaire.

This site uses functional cookies and external scripts to improve your experience.

NOTE: These settings will only apply to the browser and device you are currently using.

We use Google Analytics and MonsterInsights to track how many people use this website. The collected information is only used to track the usage of the site. Please refeer to Googles Privacy information for more information. https://policies.google.com/privacy?hl=en